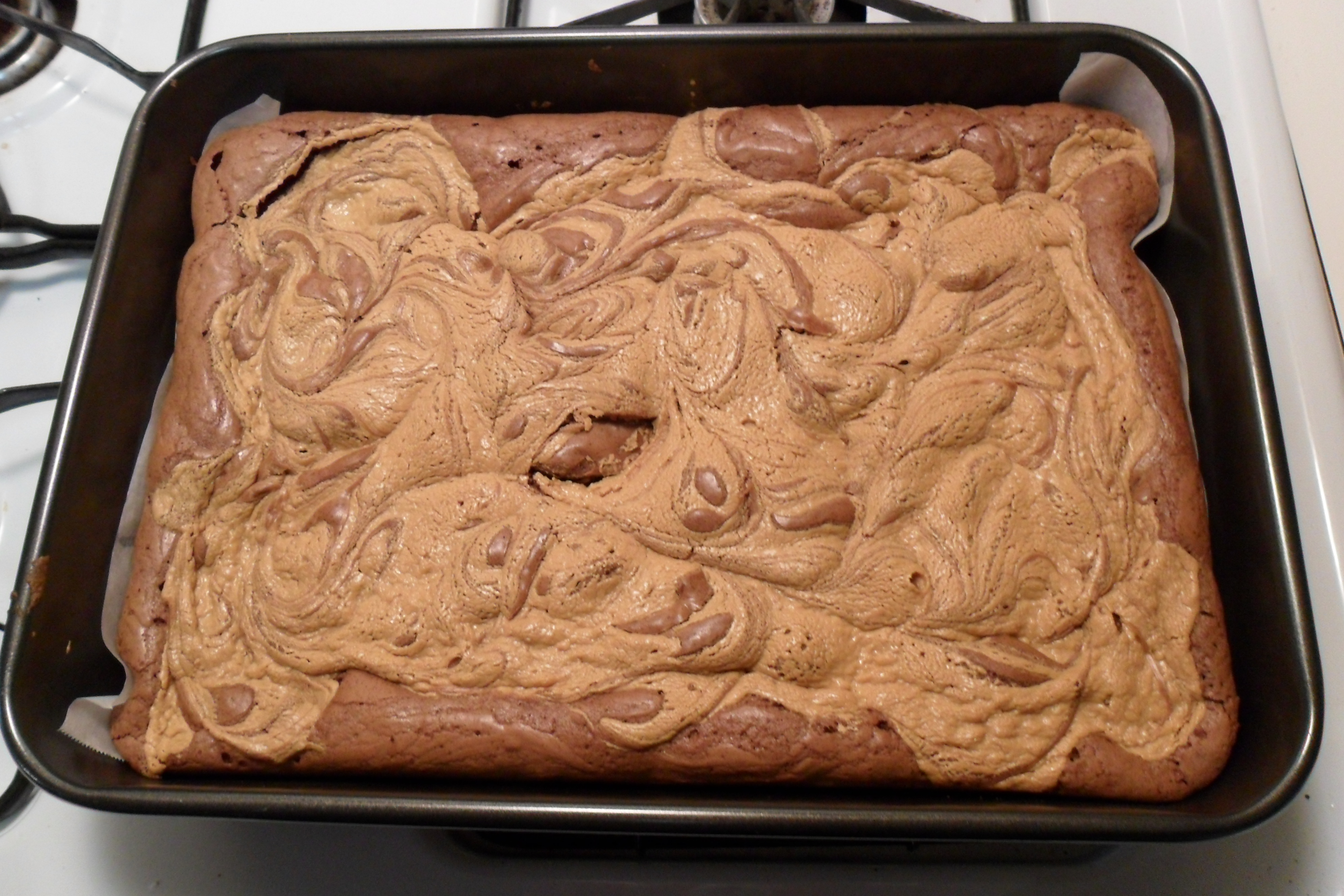 I think I mentioned that I don’t bake.  I lied.  I do bake, sort of.  The problem is I’m not a measurer. I’m more of a little of this, a little of that kind of girl, not a take out the scale and weigh the flour gal like many dessert recipes require. Over time I’ve learned to finagle a handful of desserts for when I have friends over.  I can make a pavlova, an apple tart, a pineapple upside down cake, really good pudding. And brownies. 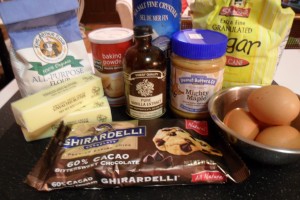 I started making homemade brownies in 1999, when they graced the cover of Gourmet magazine’s December issue instead of holiday cookies.  I was invited to a friend’s Christmas open house and as a firm believer that it’s poor form to show up empty-handed, I wanted to bring something sweet.  Since I can’t roll out a cookie to save my life, I saw my salvation in the pages of that magazine.  Melt butter and chocolate.  Beat eggs and sugar, combine with chocolate mixture and add flour.  Seemed easy enough even for a novice like me. And with that party, brownies became one of my signature gifts. 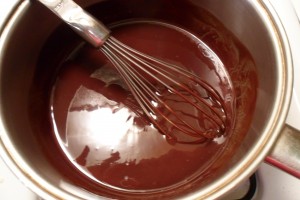 Brownies, like lasagna, are another great example of a recipe that once you know the basics you can mix and match flavors and add-ins.   I’ve made Sambuca brownies with pignoli nuts, hazelnut brownies with raspberry jam and this Sunday to take to my friends Easter dinner, chocolate brownies with a peanut butter swirl. 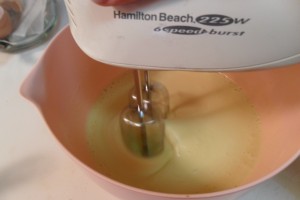 I found this recipe on Epicurious and made a few modifications.  First, I lessened the sugar.  I couldn’t in good conscience add 2 cups of sugar to anything, but since I was using bittersweet chocolate, I knew I had to keep some of the sugar, so I used 1 ½ cups instead.  I also added 2 tablespoons of espresso powder.  This is a secret you can use in almost any chocolate dessert.  A little espresso powder adds richness to the chocolate flavor without interfering and taking over.  And lastly, I added a cup of peanut butter to the top, well, because peanut butter makes everything better!  I also switched to a 13 by 9 inch pan. 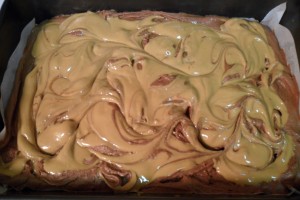 The result was a cake-y brownie with a decadent peanut butter swirl on top. Facing tough competition from the Italian pastries my friend’s boyfriend brought, they were a big hit, not only at the dinner, but at the police precinct where my friend’s boyfriend works.  When cops like your sweets, you know you have a winner on your hands and a new addition to your dessert arsenal. 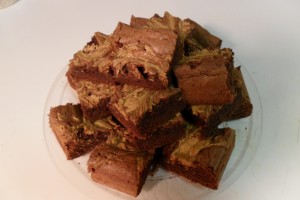 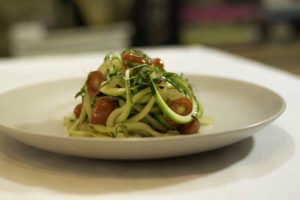